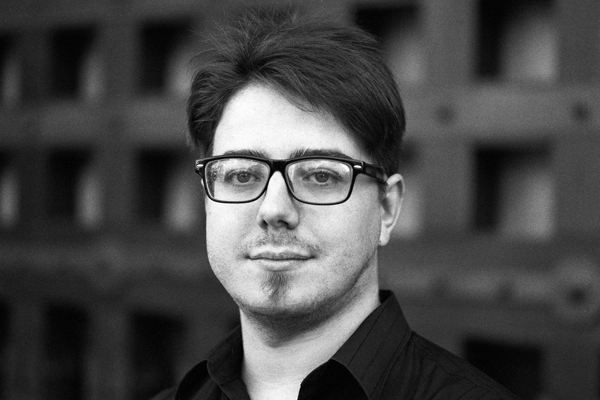 Born in 1987 in Donetsk, Ukraine at musicians’ family. As flute player, he was graduated at Donetsk Musical College and after at Tchaikovsky National Academy of Music with S. Neugodnikov (bachelor and master diplomas). As composer, he also was graduated at Tchaikovsky National Academy of Music (bachelor, specialist diplomas and postgraduate education) with prof. Ye. Stankovych.

As performer, Sergey Vilka played more than 100 world and ukrainian premieres of many ukrainian and foreign composers. Some of these works were composed especially for musician.

Sergey Vilka took part at masterclasses and workshops with Pierre-Yves Artaud, Johannes Schoellhorn, JerzyKornowicz, Eden Ladin as classical / jazz performer and composer. As flutist he took part at International Ensemble Modern Academy during  Klangspuren Schwaz Tirol festival at 2011. At 2012 he was composer-in-residence at Druskininkai, Lithuania during International Composer-In-Residence Program which was organized by Composers’ Union of Lithuania. Solo piano piece “Meditation on the john CAGE’s name” which was composed at this residence was chosen as obligatory piece for Pianists’ Concours in Tchaikovsky National Academy of Music in 2016.